As a modern jetliner with advanced Airbus technology that includes fly-by-wire flight controls, the A330-300 wide-body offers a highly capable platform for conversion into a freighter. Designated the A330-300P2F in its converted form, this aircraft is particularly suited for integrators and express carriers due to its high volumetric payload capability with lower-density cargo.

Modern capabilities
The large number of passenger A330s in service provides a source of aircraft to support the freighter conversion for many years. The A330P2F programme offers a passenger-to-freighter conversion opportunity for A330s that have completed their useful operational service as commercial jetliners.

Both the A330-200 and A330-300 versions are eligible for the P2F conversion. The longer-fuselage A330-300P2F is particularly suited for integrators and express carriers, resulting from its high volumetric payload capability with lower-density cargo, while the A330-200P2F is optimised for higher-density freight and longer-range performance.

As a modern aircraft with advanced Airbus technology that includes fly-by-wire flight controls, the A330 offers a highly capable platform for conversion into a freighter. More than 1,600 A330s have been ordered, with over 1,300 delivered to date since the A330’s service entry in 1994 – providing a large source of aircraft to support the conversion programme for many years. 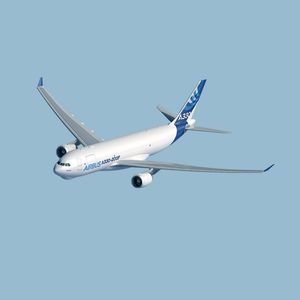 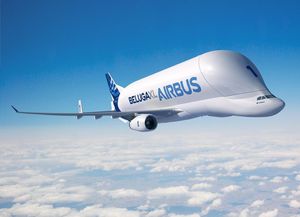 long-range commercial cargo aircraft / 150 t + / with turbojet Beluga
Related Searches
*Prices are pre-tax. They exclude delivery charges and customs duties and do not include additional charges for installation or activation options. Prices are indicative only and may vary by country, with changes to the cost of raw materials and exchange rates.
Compare
Remove all
Compare up to 10 products