The only light sport biplane in serial production in the world, handcrafted for pure flying pleasure.

In addition to its modern design, the Comet is outstanding due to many facts, one being that it is the fastest biplane in the world regarding the speed to power ratio.

Another unique feature for a biplane is the ability to fold back the wings within minutes and tow the plane home for storage.

The cockpit of the Comet can be converted into many different configurations, such as:
► both seats open cockpit,
► both seat closed cockpit „Double Canopy“
► single rear „Race Canopy” with front cockpit covered.

There is simple access to both seats as the cockpit fairing can be opened as one complete unit.

The Comet offers two compartments for your travel gear.

A modern, full flaperon system gives the Comet its high agility, while offering a good low speed handling characteristic, which allows a safe landing even for the average skilled pilot with some taildragger experience.

The Comet is definitely the FK design which has been stressed to the highest level during load tests and flight analysis.

The wing load tests for example had been driven far beyond the required test limits up to +16/-8 gs (@450kg Aerobatic MTOW), beside all other tests to meet the basic acrobatic FAR23 load requirements.

Go to the BÜCKER & FUNK GMBH website for more information 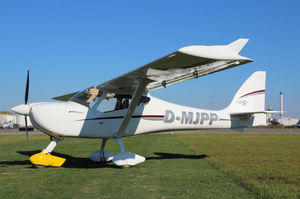 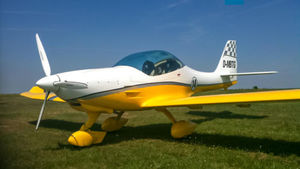 single-seat ULM aircraft / 4-stroke engine / experimental FK131 Jungmann
Related Searches
*Prices are pre-tax. They exclude delivery charges and customs duties and do not include additional charges for installation or activation options. Prices are indicative only and may vary by country, with changes to the cost of raw materials and exchange rates.
Compare
Remove all
Compare up to 10 products