APPLICATION
Based on Elektra Two Solar Standard and OPS the company offers the Unmanned Aircraft System also for stratospheric flight up to 20 km altitude and day-night missions like border control.

Elektra Two Solar UAS is an aircraft without a human pilot aboard. The unmanned version can be flown in countries where unmanned flights are allowed. Due to the lack of a pilot, the aircraft is lighter than the OPS variant. The whole system includes the aircraft, a ground-based control station and a system for communications between the two.

DESCRIPTION
The use of unmanned aircrafts has been rapidly expanding in the recent past to commercial, scientific, recreational, agricultural, and other applications, such as policing, peacekeeping, surveillance, product deliveries, aerial photography and agriculture. With the aid of a laser communication system or a radio system, data can be transmitted in real time over hundreds of kilometers.

Elektra Two Solar UAS was designed to be used as unmanned electricsolar airplane for stratospheric missions up to 20 km altitude. Takeoff and landing using a variety of sensors, flying back to the point of takeoff, GPS waypoint navigation and automatic roll and yaw control while moving horizontally are only a few characteristics which distinguish this aircraft. In combination with solar cells and state-of-the-art battery technology, it is possible to fly day and night. 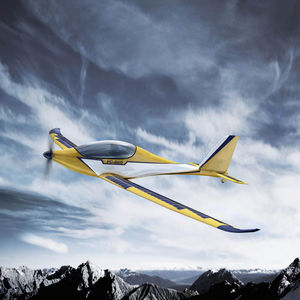 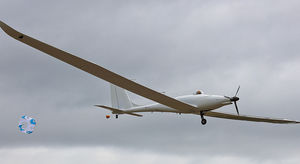 2-person LSA / electric motor / instructional Elektra Solar Two OPS
Related Searches
*Prices are pre-tax. They exclude delivery charges and customs duties and do not include additional charges for installation or activation options. Prices are indicative only and may vary by country, with changes to the cost of raw materials and exchange rates.
Compare
Don’t compare this product
Compare up to 10 products