More than 31,000 M250s have been delivered to date for both current and cutting-edge applications, with an estimated 16,000 engines currently in service.

Always reliable, always evolving
Originally developed as the T63 to meet a US Army requirement for a 250 shp turboshaft, the Series I M250 has spawned an entire family of small turbine engines.

A program of continuous development has resulted in today's range of Series II and Series IV engines, which power many of the world's most popular helicopters.

- Compressed air is routed to the aft end of the engine for combustion, with exhaust gases
exiting from the middle of the engine.

- The larger Series IV family is identical in layout except for having a single-stage
centrifugal rather than an axial/centrifugal compressor. 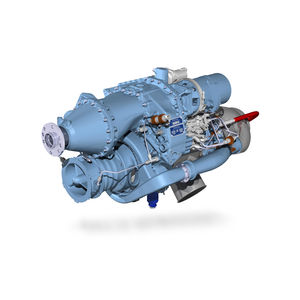 0 - 1000hp turboprop / for light aircraft / for business aircraft M250
Related Searches
*Prices are pre-tax. They exclude delivery charges and customs duties and do not include additional charges for installation or activation options. Prices are indicative only and may vary by country, with changes to the cost of raw materials and exchange rates.
Compare
Remove all
Compare up to 10 products